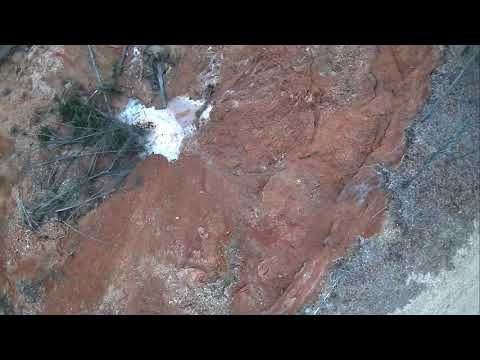 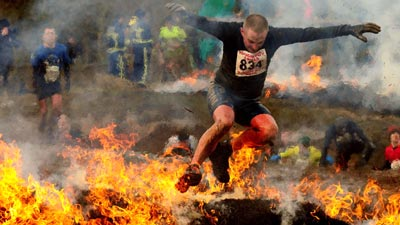 Though small, /AdventureRacing is temporarily going private in a show of solidarity with the other subreddits supporting Victoria and protesting the current state of affairs on reddit.
[link]

Anything Related to Comic Conventions

Resources For Voting in The US

Kind of a weird situation, my car was parked on a residential street one evening when a car side swiped it. I filed a police report and went looking through the neighborhood and identified the car.
The police agreed it was the car but couldn't identify who was driving, the car belonged to a neighbor whose wife worked at a dealership until December 2015 and the car still had dealership plates on it, however the car had no insurance and obviously it's not the dealers problem.
From my understanding it should be a felony hit and run in Missouri as it caused more than 2k worth of damage to my car, however nobody is getting charged and I'm out of a car due to only having liability insurance and the police say it's a civil issue now.
What options do I have and where do I go from here
Edit: made car ownership more clear.

Went for a morning run. Missouri

@realDonaldTrump: Why haven't they released the final Missouri victory for us yet? Could it be because Cruz's guy runs Missouri?

I was born and raised in Saline County, Missouri, and come from a 7th generation farming family. When I was six years old, I watched our farm turn into a lake during the Flood of ’93. I didn’t know it then but later learned that my family survived a climate change event. As I entered high school, I studied IPCC reports. I applied their information about low crop yields due to changes in precipitation and lower livestock yield due to varying temperature extremes to our own family farm. A few years later, I knew that what my family really needed was a lawyer who understood the intersection between environmental law and policy and agriculture—so I applied to law school.
​
I graduated from Harvard Law in 2015—after taking every environmental law class, I could get my hands on. As a student, I worked with Harvard Defenders to represent indigent clients before show cause hearings and also had the privilege of watching oral arguments at the Supreme Court over a Clean Air Act case. After graduation, I practiced law in New York City, where I worked on the Volkswagen emissions case, specializing in Clean Air Act concerns. I also worked on behalf of the NRDC on cleaning up fisheries in Chinese waters. But my passion for representing individuals without a voice persisted, and I continued working with survivors of domestic violence, veterans, and criminal defendants—including a man by the name of Shawn Williams. Shawn was wrongfully incarcerated for 25 years, and it was the honor of a lifetime to represent him and watch him walk free in July 2018.
​
Meanwhile, my personal life took a bit of a turn. I met my husband, and in the summer of 2017, he deployed to Syria. I found out I was pregnant with our little one a month into that deployment. After he was sent to a new forward location where it was difficult to maintain a regular supply chain, my husband’s unit relied upon local Kurdish allies for additional supplies, like food. My husband came home safely because of the strength of that alliance. But a few months later, President Trump decided to abandon those allies. And suddenly, it was my military community that had no voice.
​
I reached out to my congresswoman only to be ignored. We received no support from her. And so, I decided to take her job.
​
The day after launching my race for Congress, her office called to apologize.
​
When I’m elected, I will be the first spouse of an active-duty soldier elected to Congress. I’m running for office because military families like mine deserve a voice in Washington—especially when we’re in the middle of the longest war our nation’s ever fought. I’m also running for Congress because farming families like mine deserve resources and assistance when it comes to adaptive technologies for climate change. Every part of my campaign is about giving a voice to the working people who have been silenced by generations of thought that presumed working people should take a back seat to corporate interests—like the lack of healthcare reform, the influx of dark money into our politics, the abdication of responsibility for climate change, and the inequitable taxing of working people in favor of tax breaks for the rich.
​
Get your best questions ready! I’ll start answering live at 11:00 AM CST and go for much of the day (a few events scheduled in the evening). In the meantime, you can learn more about our campaign at www.lindseysimmons.com. I also invite you to learn a little bit more about why I decided to pursue this office by watching our campaign launch video.
UPDATE: It's 11:04 am! Let's answer some questions! UPDATE: It's 2:40 pm--heading out to a campaign event, but will check back in a few hours to answer more questions!

This melon sprouted up in my chicken run but I’m not sure what kind it is. The melon has no smell and doesn’t sound hollow when I flick it so it is not ready for harvesting so I’m waiting to cut it open. Location: NE Missouri

Missouri already running out of money for unemployment LWA benefits.

Ole Miss offering happy hour for Alabama game (1:30), LSU-Mizzou game moving to Columbia (3:30), previewing Mississippi State at Kentucky (7:30), Mark Stoops on the adversity being down 0-2 and on Kentucky’s turnover issues (11:00), Mike Leach on facing more defenses, on limiting KJ Costello’s interceptions and responding to the Arkansas the loss (19:00), previewing Arkansas at Auburn (30:00), Gus Malzahn on Bo Nix, the OL, and on the impressive coaching being done in Fayetteville (33:00), Sam Pittman on keeping his team focused after the big win and on facing Chad Morris and Auburn (43:00), previewing South Carolina at Vanderbilt (51:00), Derek Mason on this being a must-win game and on opening Vanderbilt Stadium (54:00), Will Muschamp on the matchup with Vanderbilt, on getting his players to believe they can win and on the support he has at South Carolina (1:04:00), previewing LSU at Missouri (1:11:00), Ed Orgeron on improvement of Myles Brennan and LSU’s secondary in Week 2 (1:13:45), Eli Drinkwitz changing QBs at Mizzou, on Nick Bolton and on LSU (1:20:00)
Podcast Links:
Apple Podcast: https://itunes.apple.com/us/podcast/that-sec-podcast/id1276435746?mt=2
Spotify: https://open.spotify.com/show/1KP7irKVrYFeIja0a0NKuR
Stitcher: https://player.fm/series/that-sec-football-podcast
YouTube: https://www.youtube.com/channel/UC8aQL-yFS2ZoSkUBeMfYesA?sub_confirmation=1
Google Podcast: https://playmusic.app.goo.gl/?ibi=com.google.PlayMusic&isi=691797987&ius=googleplaymusic&apn=com.google.android.music&link=https://play.google.com/music/m/Iynjskwz7imgdbdy4e2jxlnpbtu?t%3DThat_SEC_Football_Podcast%26pcampaignid%3DMKT-na-all-co-pr-mu-pod-16

[GoVolsXtra]: Tennessee Vols will need to run and cover better against Missouri | Adams

Missouri may be divided politically, but today and Thursday we are all RED! Let's go, KC! Run it back!

Correction: This report has been updated to reflect that Charlea Estes-Jones is general manager of Cassville Dispensary. Cassville Dispensary is on a dry run right now. Five days after Dr. Lisa ... The Great Run Across Missouri Relay/Solo Challenge is on Friday May 1, 2020 to Wednesday September 30, 2020. It includes the following events: Solo Race - 430 miles (Kansas City to St. Louis to Springfield), Solo Race - 115 miles (Columbia to Mississippi), Team Relay Race - 115 miles (Columbia to Mississippi), Team Relay Race - 240 miles (Kansas City to St. Louis), Solo Race - 240 miles ... Please join us as we Run Across Missouri, by completing a half marathon at the GO! St. Louis Half Marathon on March 29 th, the Hospital Hill Run Half Marathon on June 6 th and the Bass Pro Shops Half Marathon on November 1 st. It is easy to register for the series; register for each half marathon at their websites: GO! St. Louis; Hospital Hill Run The largest online directory of races and clubs. Click Here to find out what Classic, Multisport, and Variety mean. To narrow your search by a distance or event type, you will need to select Classic, Multisport, or Variety first. Beginning on September 23rd, Run the Missouri: The Return Journey is a virtual running and walking challenge that follows their journey back across the state of Missouri. Virtually traveling along the south bank of the Missouri River from Kansas City to the Gateway Arch in St. Louis, you'll traverse up to 318 miles of the Lewis & Clark National ...

Heather, Cookie & Raylene Rankin " Do You Hear" 1997 (LYRICS) http://www.learngaelic.scot/lg-beginners/index.jsp ~ A' challuinn (The New Year) ~ 'Se Gillean ... Eric Crouch's Record Breaking Touchdown Run Verse Missouri in 2001 Video of a Sinkhole Near Doe Run off hwy KK. This is a 13 min video showcasing the Richmond Mud Run event in Richmond Missouri. 2014. Check out all the Mud Splattering action!! - video edited and filmed by cushmodesigns. [email protected] ... Eric Crouch runs 95 yards for the TD against Missouri in 2001, quite possibly one of the best runs in Nebraska Cornhuskers history, Crouch then went on to win the Heisman Trophy that same year.